Update:  The recorded audio from this March 8 show can be listened to by clicking the link below.  The ESP Segment is at the start of the show and runs for an hour.:  https://thejaynecarrollshow.net/listen-live/ 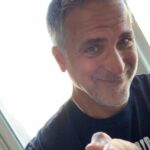 Dateline Monday March 8, 2021; Saint Petersburg Florida.  Episode Three of  “Extra Sandini Perception” about online censorship and actions you can take will be taped live this Monday March 8 at 7PM West Coast, 10PM East Coast.  You can join us live on Spreaker by following this link in any browser at the appointed time.  Thank you we hope you will join us for this timely erudite discussion.  Main points.

In 2012 i was very upset.  The Left had found a way to have YouTube videos taken down from my YouTube channel.  I had shot a video of Emmalynn Lorraine Garrett who was a major player in the environmental extremist movement in Portland and called her out by name.  Keep in mind this group had been spiking trees, a dangerous practice which had maimed and even killed loggers when they took a chain saw to the base. 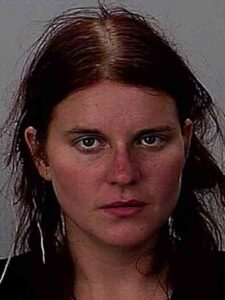 “Getting to the root of it”: Emmalynn Lorraine Garrett has lost her bid to have YouTube remove the video of her arrest. [police photo from July 2011 arrest.]

Garrett claimed that I was not allowed to identify her personally in the video even though she had shouted it at me as she was being loaded into the police paddy wagon.  I looked into the rules and sure enough she was right:  personal privacy is protected.  However I was able to find a loophole.  YouTube specified that the video could stay up if it was deemed newsworthy.  After a number of emails with YouTube copying Andrew Breitbart, James O’Keeffe, Jayne Carroll, Victoria Taft, Lars Larson and others I was able to successfully make the case the video was newsworthy.  Phew.  Here’s the article on her failed bid, and I think the YouTube video is still worth watching.  Garrett identifies herself at 4:15 into the video:

Fast forward 8 years and social media companies like YouTube, Twitter and and Facebook make no pretension as to who they feel they may be able to silence.  If what you say or promote does not fit their Liberal Globalist agenda your post will be deleted, you will be put in “Facebook Jail,” or even permanently banned.  Just ask my friend Randy P. or Donald Trump.  Chilling yes.  Orwellian yes.  But it’s the reality we live in today.

Even if you have survived posts with warnings, banned content, and Facebook jail; you really may want to seek out an alternative. Facebook, Twitter, and YouTube (owned by Google) all collect personal information on you which can be sold to private enterprises which spam you, and three letter Government agencies such as the FBI, CIA and NSA who may find you committing crimes. “What we me worry?,”is what you are thinking?  “I haven’t done anything wrong? Think again.

It’s quite possible that you are breaking laws that you don’t even know exist or have not even been put in place yet and may be applied to you retroactively. For example “hate speech” laws are being applied in Britain, Canada, Australia and all across the British Commonwealth. These might be applied for simply expressing your religious belief. For example let’s say you write a post expousing  your belief that wanting to choose your gender is a a mental disease (as described by John’s Hopkins) rather than a Right under the Constitution (something being proposed in current Liberal Legislation.).  You could be silenced permanently and even jailed for that in some countries. 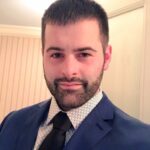 I’ve found the perfect alternative with Gab. Gab “promotes free speech, individual liberty, and “the free flow of information online.” The platform is funded by the actual users themselves. So you don’t have the pressures of large corporate entities to censor criticisms against Far Left Extremist groups such as a Black Lives Matter which at one point was designated appropriately by the Trump Administration as a domestic terror organization.

Gab was founded by Andrew Torba who I have begun to idolize. Torba came out of the Silicon Valley and is a staunch Christian and believer in the Constitution (and thus free speech). His identification on Gab is “@a” and he reminds me of another Andrew: “Andrew Brietbart.” Torba has resisted censorship and has only folded a very few times in cases such as anti-semitism and promotion of violence (which is illegal). Warning you will think Torba is Satan reincarnate if you read about him on Wikipedia. Rather than launch into a huge defense I invite you to think about censorship and read about Andrew Torba himself.

Free speech ia amazing because it’s exercising our Natural Right instilled by God to express our God given talents.  Wont’ you join Jayne Carroll and myself for a discussion of this timely topic?

Our segment “Extra Sandini Perception” will be taped live this Monday March 8 at 7 PM West Coast, 10 PM East Coast.  You can join us live by following this link in any browser at the appointed time.  Thank you we hope you will join us for this timely discussion.