Extra Sandini Perception (ESP) is a regular feature of the Jayne Carroll Show.  This Monday April 26, 2021 we will discuss the use of Etherium Technology as a potential remedy for the ills of our legal system.

If there is one thing the last few days has reinforced on us it’s the fact that our legal system is hopelessly flawed.  George Floyd, a Fentanyl addict, violent criminal, and serial wife beater, was put put where he belonged (underground).  The police office who facilitated this, Officer Chauvin, should have been given a hero’s parade and become highly decorated for his lawful actions which in all probability saved much suffering down the line for our society. 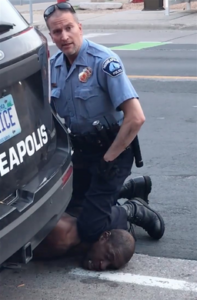 Instead what we saw were the massive flaws in our judicial system exposed before the world.  This was no benign exposure.  The rips and wrinkles, the crumbling foundation, was used by America’s enemies to trample our Rights as Free Men given to us by God.  In their stead was given power to the mob, Black Lives Matters (BLM) to use the system as a bludgeon to punish those who would insist on equal rights for all.

One of the loophole exploited included not sequestering the jury.  This made jurors exposed to threats and intimidation.  They were doxed, their personal information placed on the internet so that should they not vote with the mob (that is, to destroy Chauvin) their lives and the lives of their children, friends and other relatives would be destroyed forever.  Fannning the fire was ignorant, and imbecilic Representative Maxine Waters who showed up for the fun.  “Mad Aunty Max” crossed state lines and engaged in race baiting:  riling up the violent BLM domestic terror mob.  Waters told the protesters to “stay on the street” and “to get more confrontational” if Chauvin was found not guilty.  In other words if the officer is not punished unjustly (he clearly did not murder Fentanyl Floyd who died of an overdose), there would be blood in the streets and the lives of there jurors would be ruined.

It’s quite clear that brain-dead “Aunty Max” broke several laws.  This wasn’t her usual form of race baiting,.  She crossed State lines to incite a mob and interfere with a jury.  Will she be punished for here heinous crimes, which resulted in an unjust verdict?  Hell No. The US Congress could not even bring itself to censure this demented old race baiting bat never mind drag her before a District Attorney to face felony charges accompanied by many years behind bars.

We see it in all phases of the judicial process.  Chauvin should never have even been arrested.  This is known as selective enforcement.  Chauvin should never have had a charge filed against him or prosecuted.   This is what is known as prosecutorial discretion, a power granted to DAs under our present system.  A jury should never have been left un-sequestered:  an arbitrary decision by some arbitrary judge in some cultural backwater.  Taken all together this is Prosecutorial Malfeasance (a crime in and of itself) and if not taken seriously:  will result in the complete loss of freedom in America.  The institutions and tools of Communism our country, will soon reign freely, re-eduction camps and alike.  Who is the tip of the  sword of Statism is pointed at?  It’s pointed directly at the heart of the white-male MAGA loving American.  Me.

While it’s easy to dwell on the injustices here I think it is far more important to focus on solutions.  To where should we turn to find the necessary judicial reforms to cure our failing Republic?  In a previous episode I looked at technology, The Brain Machine Interface (BMI) as a mechanism for eliminating much of the deception and the shenanigans that go on behind the scenes.  This is the chicanery that allows Hillary to take a hammer to her cell phone with impunity rather than face the charge of felonious destruction of evidence.  With the “perfect memory” of the BMI, one large element of transhumanism, lying  would quite likely become impossible.  But we are still stuck with the problem of what code is to be applied to illegal behavior.

The Laws of the United States and International Laws are complex, with some attorneys estimating that there are over 40,000 of them being applied at any one point.  In short it’s impossible to know how many laws or which ones you are breaking at any one time.  For example are you aware that you can be thrown in jail for possessing a lobster that is under 6 inches in length?  No?  There’s the problem.  There is such complexity in the law that it is impossible for us to track it and for perpetrators to be held accountable.  So how do we  handle this sort off complexity?  My suggestion is that we use technology.

SO long as we are are going to have BMI mind reading, why not use it to get to the truth.  And to what “laws” should that truth be applied?  Why not use Artificial Intelligence to navigate the complexities and inconsistencies of our laws.  And to do that why no use the technology of block chain which seems to be presenting itself as the solution to every other challenge facing mankind:  from currency to weaponry.

DIGITAL CURRENCIES AND THEIR IMPLEMENTATION

Over the past few days I have purchased a small amount of Etherium (ETH) one of the plethora of new digital currencies.  Before you roll your eyes, I have been a detractor of Bitcoin and block chain since it’s inception.   However my research has taken me to some fairly useful and straight forward conclusions.

BLOCK CHAIN APPLIED TO THE LAW

In researching Etherium the thought occurred to me:  why not use block chain technology to assist in controlling the complexity and increasing the transparency of our current legal system?  In the same way that block chain has been used to throw open the financial systems of Wall Street, why could it indeed not be used to to throw open the doors of the judges chambers and the smoke filled scotch stinking back rooms of the District Attorney’s offices?    Oh oh:  someone has dared to ask a question which would result in a power shift benefiting the American people:  kill it quick.

The most interesting thing I found in my short perusal is that this would be quite a straightforward if however lengthy process.  Picture a computer program as being nothing more that a series of questions:  if this, then this.  There’s not much room for interpretation.  If you have ever tried to read through something like the Oregon Recording Laws you will quickly become lost in the vast mazes and intricacies of these innumerable “decision trees.”  For example here might be a hypothetical conversation.

Attorney One:  “Well did he break the law or didn’t he?”

The computer doesn’t “grab lunch.”  The computer tirelessly works the problem  you’ve given it over and over, like your mental slave.  It does this until it arrives at a conclusion.  Not based on a man’s interpretation.  Not based upon a man’s limited knowledge of the law.  The AI heuristics of the Law algorithm would work indefatigably on a well organized omniscient structure. In  short:  with the leverage of computer information technology we would once again become a nation of laws and not men.  An I expect that this will frighten some men.

While such a scenario of computer assisted codified law may seem somewhere in the far distant future I don’t think this is necessarily so.  Etherium is as much an environment as it is a currency.  It includes a programming language called Solid, which is used to implement the block chain for the ETH currency.  But more importantly The Etherium environment was built precisely for this reason:  to implement other transparent token-based applications which tax the intellectual capacities of the unaided human. 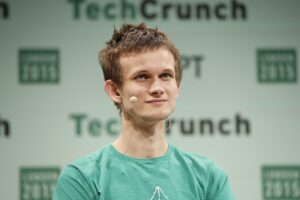 Could Etherium  be used to implement a transparent, fairly applied, non-contradictory legal system.  I’m sure no one knows for sure because to my knowledge no one has envisioned it before.  But perhaps if you will envision it with me.

To me therein lies the next real full-fulcrum use of block chain technology:  Restoring the Republic.

CORRECTION 4/28/21:  As EN points out on Gab, “Bitcoin can’t be inflated. Etherium can be inflated at Vitalik Buterin’s whim.” 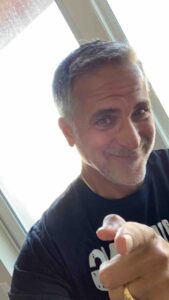 Inspired by Andrew Breitbart and James O’Keefe, Dan Sandini is an independent citizen journalist working out of Portland, Oregon. He is a staunch advocate of the First Amendment. In 2010 he was assaulted by Democrat thugs for having the temerity to record a speech by then gubernatorial candidate John Kitzhaber. He produced a video of the Orwellian experience, which has received almost 70,000 views. Following the 2011 Tax Day TEA Party he produced videos detailing the hateful rhetoric and behavior of the Left, including homophobia, racism, anti-Americanism, and threats of violence. These videos have been seen by over 1 Million people and were featured on The Glenn Beck Program, The O’Reilly Factor, and Sean Hannity.