In this Episode 17 of Extra Sandini Perception I feel inspired to speak out vociferously against the Computer Scientists involved in Spygate:  the attack on President Trump drummed up by Hillary Clinton.  These are the men and women with advanced degrees.  They are the  brain trust of our nation.  They are the my former colleagues.  They work at our most prestigious Universities.  These men and women took millions of taxpayer dollars via Homeland Security and the DoD to subvert the will of the American People. 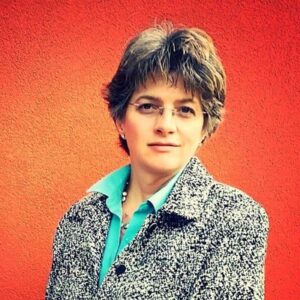 April Lorenzen reported to be “Originator-1” in the indictment.  According to reports she compiled and supplied the data.

To create a phony narrative against Trump. The head one is April Lorenzen who is identified as Originator-1  in the Durham indictment.  She compiled and reportedly supplied the non-public communications data used against Trump.  By some accounts she suggested making up messages when the data did not fit the Democrat narrative.  In my opinion these people did nothing less than commit fraud. 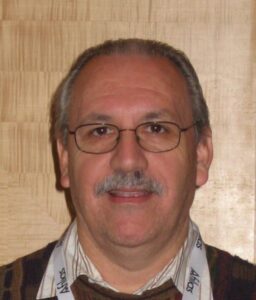 Paid by Hillary Clinton via her Attorney Michael Sussman, Rodney Joffe is reportedly Tech Executive-1 in the indictment. He called the whole thing “a red herring” yet took the information himself to James Comey at the FBI.

The other top guy Rodney Joffe is identified as Tech Executive-1 in the indictment.  Joffe knew the narrative they were trying to create was bogus.  In his own words he called the nonexistent Trump Alfa Bank connection “a red herring.”  But nevertheless he brought the phony narrative himself to Comey at the FBI.  Joffee was funded by Hillary Clinton via her Attorney Michael Sussman, the target of the indictment.  By all non-partisan accounts Joffee is in a whole lot of trouble.  In my opinion, he lied to the FBI, committed fraud, and he knew exact what he was doing.

The more you learn about this big pile of horse manure the angrier you get.  Two more names to remember are: Manos Antonakakis and David Dagon. 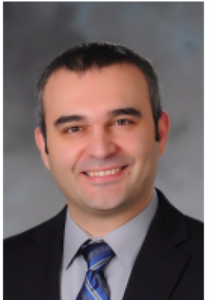 Big shot Computer Scientist at Georgia Tech Manos Antonakakis is reportedly Researcher-1 in the indictment. He helped craft the phony narrative against Trump.

Both are big shot Computer Scientists at Georgia Tech.  They are identified as Researcher-1 and Researcher-2 in the Durham indictment.  They were licking their chops over a multi million dollar DARPA contract. They helped Joffe and Lorenzen build their web of deceit.  They could have warned The People what was going on. They knew it was a phony made up story according to their emails.  The data did not fit the narrative.  But Antonakakis and Dagon went along for the ride anyway. 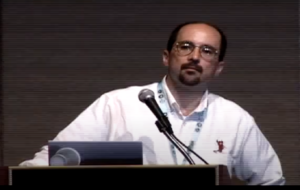 Identified only as “Researcher-2” in the indictment, this is David Dagon in a screenshot from a 2013 lecture. Dagon reportedly participated in the crafting of the phony anti-Trump narrative.

But don’t hope for any justice here.  I believe everything will be handled within the tiny Federal District of DC.  I consulted with one attorney contact of mine.  The trial will be likely be held at the US District Court for District of Columbia.  Both the Grand Jury jurors and trial jurors will only come from within DC, which voted about five percent for Trump in both 2016 and 2020. So, what do you think will happen?

Here are the diagrams discussed in the video. 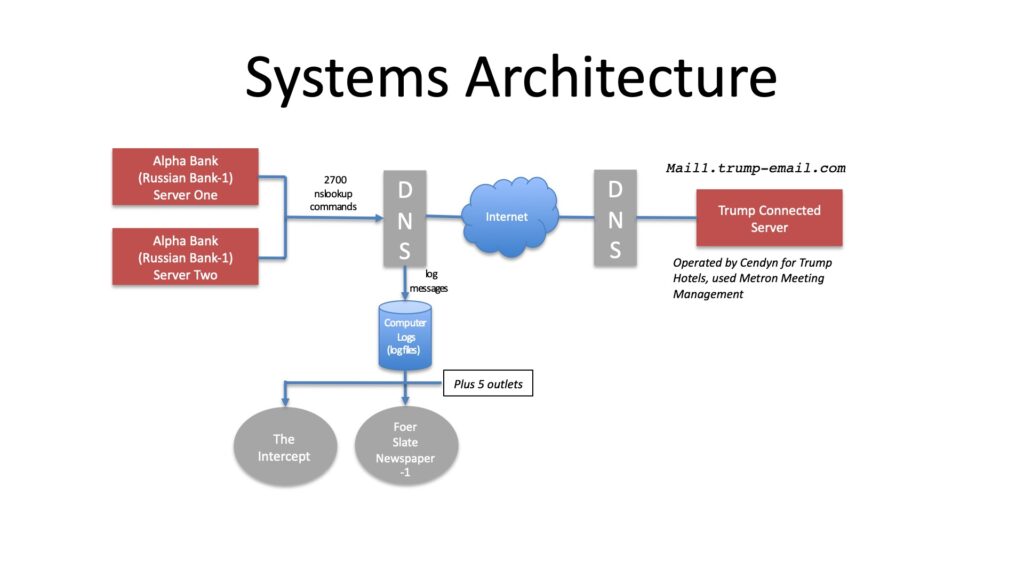 This System’s Architecture diagram focuses on the serves used by Lorenzen, Joffe, Jones, Antonakakis, and Dagon to create the phony narrative against Trump. I walk you through it in Episode 17. 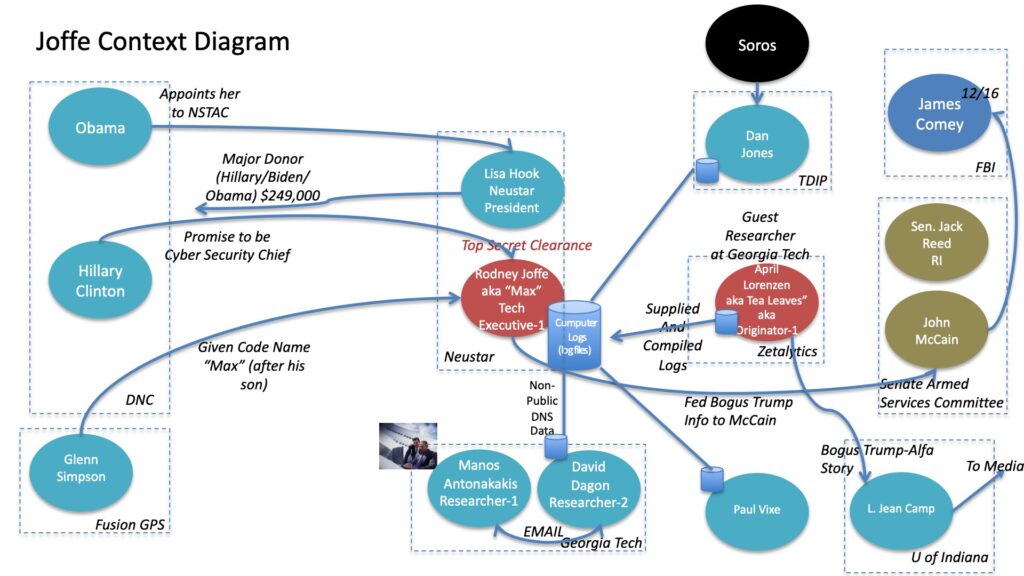 This “Joffee Context Diagram” shows how the work of “the hackers” is connected to the DNC via money and promises of plum promotions. It also shows how the phony narrative made it from Joffe to the FBI.  I walk you through it in the video for Episode 17.